I'm finishing up an 8-week sabbatical, and am spending this final week firmly planted at home. This has led to some questionable decisions regarding bike projects. By which I mean, projects that take quite a bit of time and money, with questionable ROI.

That said, here's what's cooking in my garage:

Blogged about here, this is virtually a complete rebuild of the bike. Everything is being replaced except the frame, stem, seatpost, and seat. This project is about 50% done; I'm waiting on my new Ritchey Carbon Comp fork to finish it up. 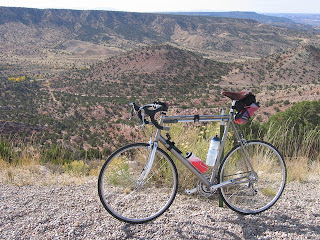 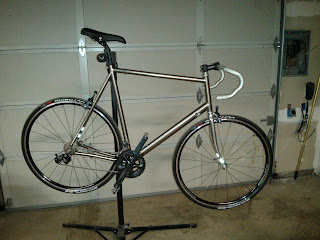 This bike has been my long distance rando companion for probably 5 years, with untold KM on it. I'm replacing the triple crank and barcon shifters with a compact double and STI brifters. I may also replace my butchered Brooks saddle. I haven't started this one yet. 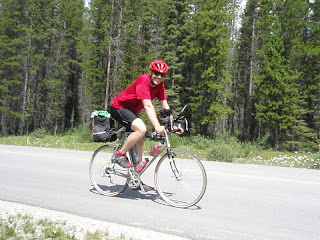 Touring Habanero On The Rocky Mountain 1200 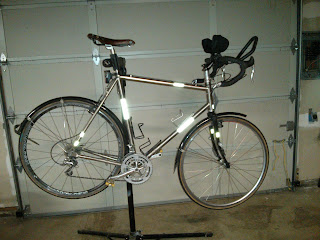 Max' Cannondale has been a family staple for more than two decades. He originally bought it in the 80s, rode it into the ground, then passed it on to our sister who used it to train for her first Ironman. Then Max rode it into the ground again, before loaning it to me. After a potentially devestating handlebar failure (the failure below occurred immediately following a prolonged 50mph descent, that terminates with a stop sign at a T-intersection), I stripped the bike and retired the frame. Now I'm going to rebuild it with a carbon fork and spare components.

This Could Have Been Really Bad 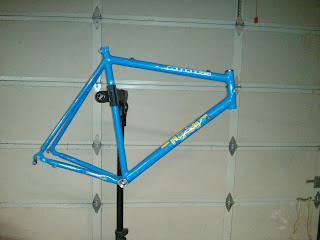 
New Fixie
Several years ago I sold the Surly Steamroller that I'd put a lot of money and time into. It was a gorgeous bike, and I sincerely regret selling it. That was a huge mistake. I planned to build a new Steamroller, but then noticed that Surly is selling pre-made single-speed Cross-Checks. For a lot less money than building my own Steamroller I can convert SS Cross-Check into a fixie Cross-Check. The bike has been ordered and should be here Friday! 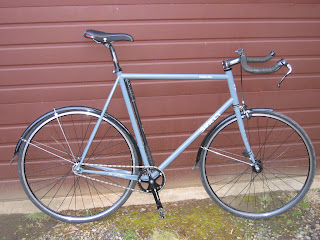 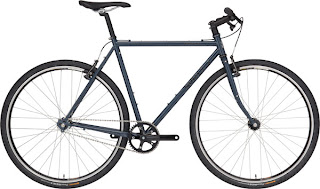 Big thumbs up on the first bike. Query: why not a new stem? If there's one component whose failure would be catastrophic, that's worse even than the bars or seatpost. I bought a basic FSA stem for $15 from Competitive Cyclist with free shipping -- and it weighs less than the Bontrager it replaced. (Also, compare your seat angles in the before and after picture. I still vote that you level out that saddle.)

Barcon shifters? I'm eager to see how the second bike looks when done. I'm a big fan of the compact double over the triple. Hard for me to imagine when, outside of mountain bikes and hugely loaded touring rigs, a triple is necessary.

You know I'm in favor of the Cannondale rebuild. One thought: consider a compact handlebar for something different. It would be particularly appropriate there because of the huge saddle-bar drop you will have; Merlin sells one from FSA for about $28. I may be about to change out these S-105 10-speed brifters for a new Ultegra set on the Specialized (they were your brifters anyway), and I have an extra S-105 clamp-on FD I can send. Either of those interesting?

And - OK, I'll rebuild my fixie, too. I did already, but I didn't put any real effort into it. Now you've convinced me.

Funny enough, I did end up ordering a new stem. Not because I'm too worried about it breaking, but because I realized that I wasn't sure if my old bars were 25.4 or 26.0, and besides 31.8 bars will accept aerobars more easily. So new stem needed. I'll work on the seat angle one everything else is back together.

Cannondale is underway, with the new fork installed. I opted for now not to cut the fork, which gives an extra 1" of height and alleviates the handlebar drop situation somewhat. Having issues getting oen of the STI cable stops to fit on the old downtube shifter bosses. Will probably have to hack something for that.