2016 was an inauspicious cycling year for me. The winter months were spent working through non-cycling issues that nevertheless kept me off the bike. In late Spring/early summer Max and mom packed up most of my stuff and moved it into a storage unit while I put my house on the market. The house sold in two hours, sight unseen, which meant:


Meanwhile my new house, which was already significantly behind schedule, continued to slip ever further.  All this is to say that most of my biking stuff has been hidden out of sight in a storage unit in one of about 200 bins or boxes for most of the year. Of course you don't need much to bike. Just a bike, really. And I did get some quality cycling in through the summer until I broke my elbow in early September while mountain biking in Hood River.

The surgeon put my humerus back together with a titanium plate. I think that means my elbow is now laterally stiff and vertically compliant? Or maybe just noodly. 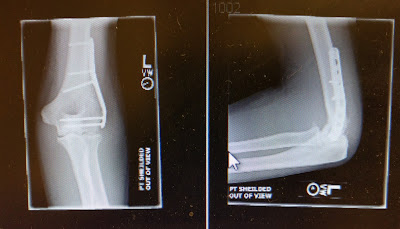 That kept me off the bike(s) for a couple months. As of early December I can pedal with minimal or no discomfort though I'm finding myself very hesitant, particularly on descents. And full range of motion still eludes me.

The year is perhaps best summarized by Strava's "Fitness and Freshness" graph.

As 2017 approaches I'm hoping for a significant reboot. While the new house is still under construction, it is done enough that I can unpack my bike stuff, get a trainer set up, and start to think seriously about the new year.

Neither Max nor I have ever been one to let time off the bike keep us from tinkering, or planning to tinker. This year has been no exception. I still have two surplus Litespeed bikes to build up. One I already built up 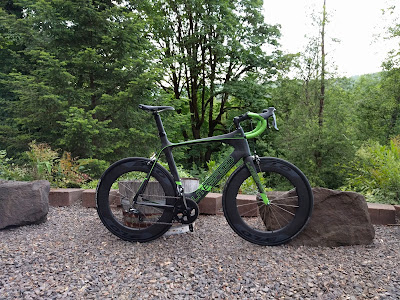 but then unbuilt. Fortunately I saved that fetching apple-green bar-tape.

Then there's also the Pinnacle Arkose 4 gravel grinder I bought a couple months ago. The price from Europe was right, but quite a bit less so after paying customs and to have the reversed brake levers Americanized. 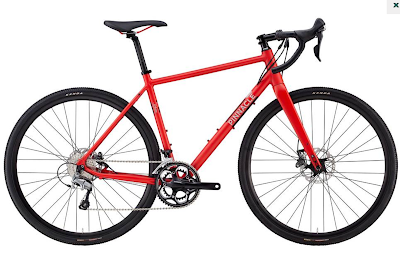 Finally Max found a great deal on some fatbikes in Durango, so I need to get that bad boy (fat boy?) up and running. 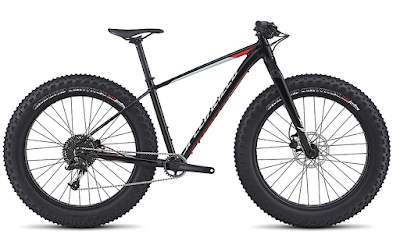 Each of these will of course merit its own post.

My new house has more square footage that is strictly necessary and, given I seldom have a single guest much less multiple, far more spare rooms than I really need. Which means one of them will become The Pain Cave.

Current plan is to have a big-screen TV with a home theater, my Tacx Neo with retired Habanero permanently mounted, weight bench, and possibly a rowing machine if I get ambitious. I've got everything but the rowing machine, so this should be set up within the next few days. I'd like to get serious about time on the trainer. I hate it, but I'm pretty sure it helps.

The new house is on a good sized wooded lot. I estimate it wouldn't be too hard to put in a mile long loop entirely on my own property, and there are enough contours that I'm pretty sure I could get some great high speed berms. This is a big project; trail construction is an art, and a very time consuming one at that. Nevertheless, I'm hoping to get a very rough trail put in, with a small pump track over my drainfield.

Come to think of it, that fat bike might be just the tool to lay down a trail...

So yes, hopefully there will be actual riding as well.

I need to formalize a few goals by the end of the year, but I'm still shooting for my solo 5-hour century. A feat which I'm fairly certain every other author and reader of this blog has accomplished multiple times over, but I still have not (my lone attempt was in 2015 and was going great until I got bored and quit with an easy 28 miles in 90 minutes left to ride).

I am definitely in for that trail building endeavor. Maybe you can even import one of your knobby tire buddies to hurt himself first so we can see where the danger spots lie.

Rowing machine: Concept 2. There really isn't any other option. ~$1100 on Amazon.

10,000 miles: that definitely means you are riding a few fleches. There aren't enough daylight hours to pull that off without going around the clock a few times.

Agreed that 10k miles is a serious undertaking -- that's like 2 Chris Hopkinson trainer rides. I'll finish this year with just under 9k miles, at least half of which were on my trainer. It's a pretty stiff pace, although I basically took two months off after RAO, so it's by no means impossible. A 1200k, or one of the 500-mile races, would advance the ball considerably.