What better way to waste a Sunday morning than to show off a few bike purchases from the last month... 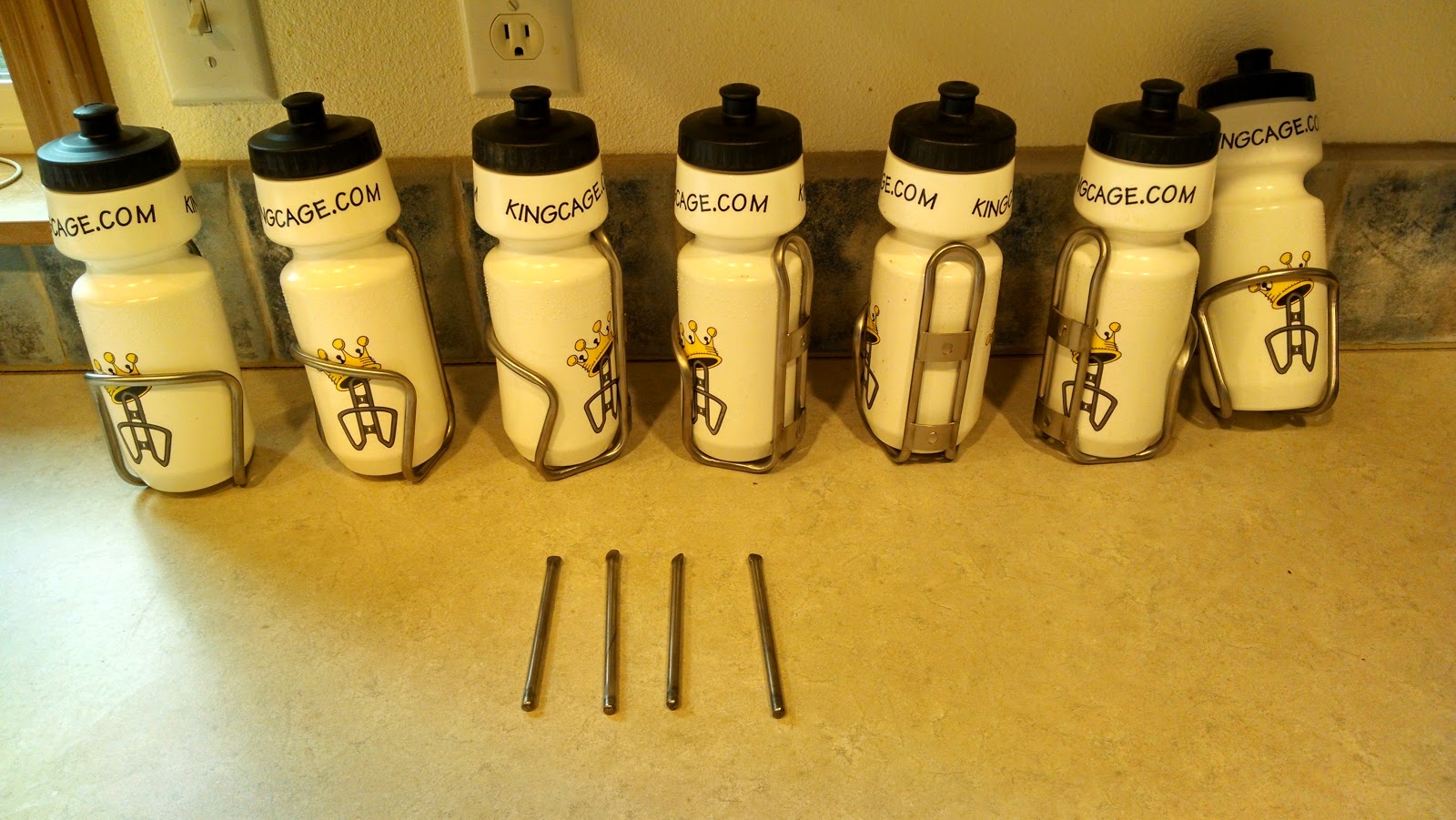 Now that I've got seven titanium water bottle cages, I just need a titanium tandem frame to put them on. Actually three are destined for the rando Habanero, and four for the tandem Habanero. I already put a couple on my road Habanero. Also got four (Ti)re levers. Did you know that King Cage manufactures all their stuff in Durango? Neither did I.

The Only Thing Sillier Than Driving To The Trailhead

Is doing it looking like this. But it is nice that the seasucker is so easily adaptable to different cars. 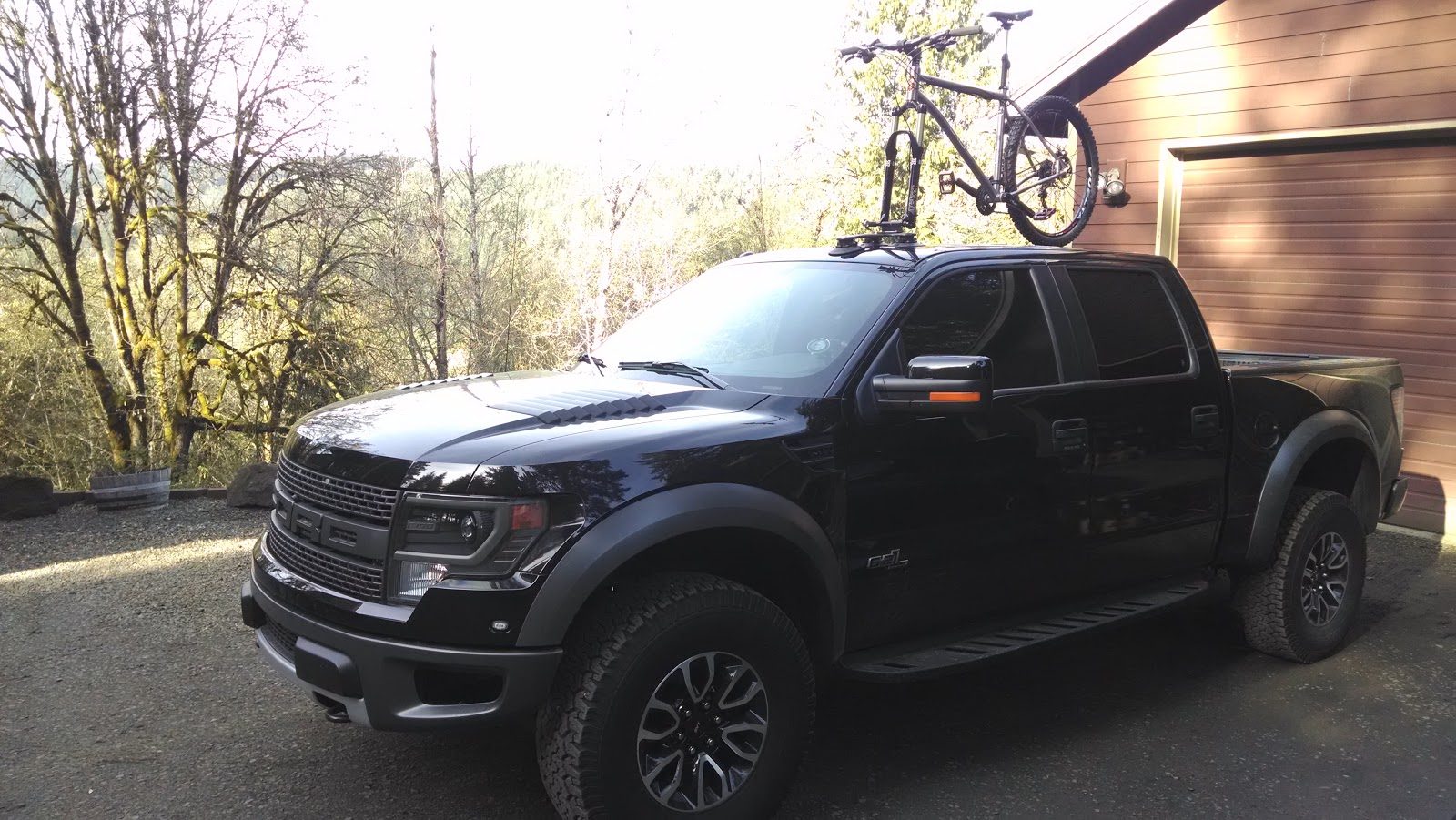 A few nights ago my MTB light broke. Well, not really broke, but got damaged. What a great excuse to replace it with the 2200 lumen Hope Tech Vision R8! The build quality on this light is superb.


Let's Torque About This...

I've been wrenching on my bikes for about a decade now, but only recently started getting some carbon fiber bits here and there. Not that a torque wrench wouldn't have come in handy earlier...
But better late than never. This little number was on sale at Amazon. Interestingly, I double-checked a few bolts and my "wild-ass guess" torquing usually isn't that far off. 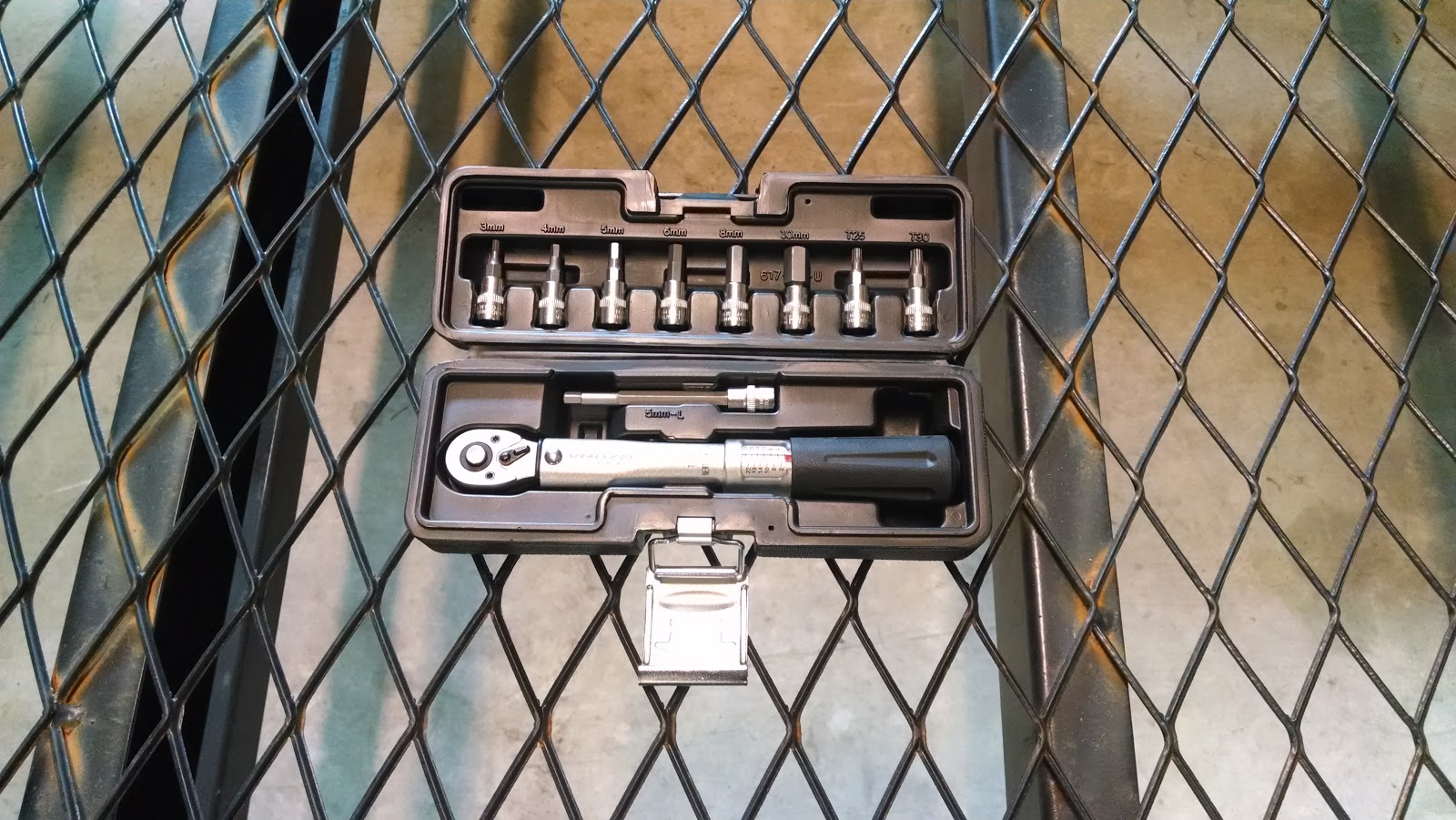 This version from Performance is pretty clearly identical, but costs $10 more. So obviously it's some cheap Alibaba junk. But it's better than nothing.

Update: In fact, it appears to be precisely this piece of cheap Alibaba junk! 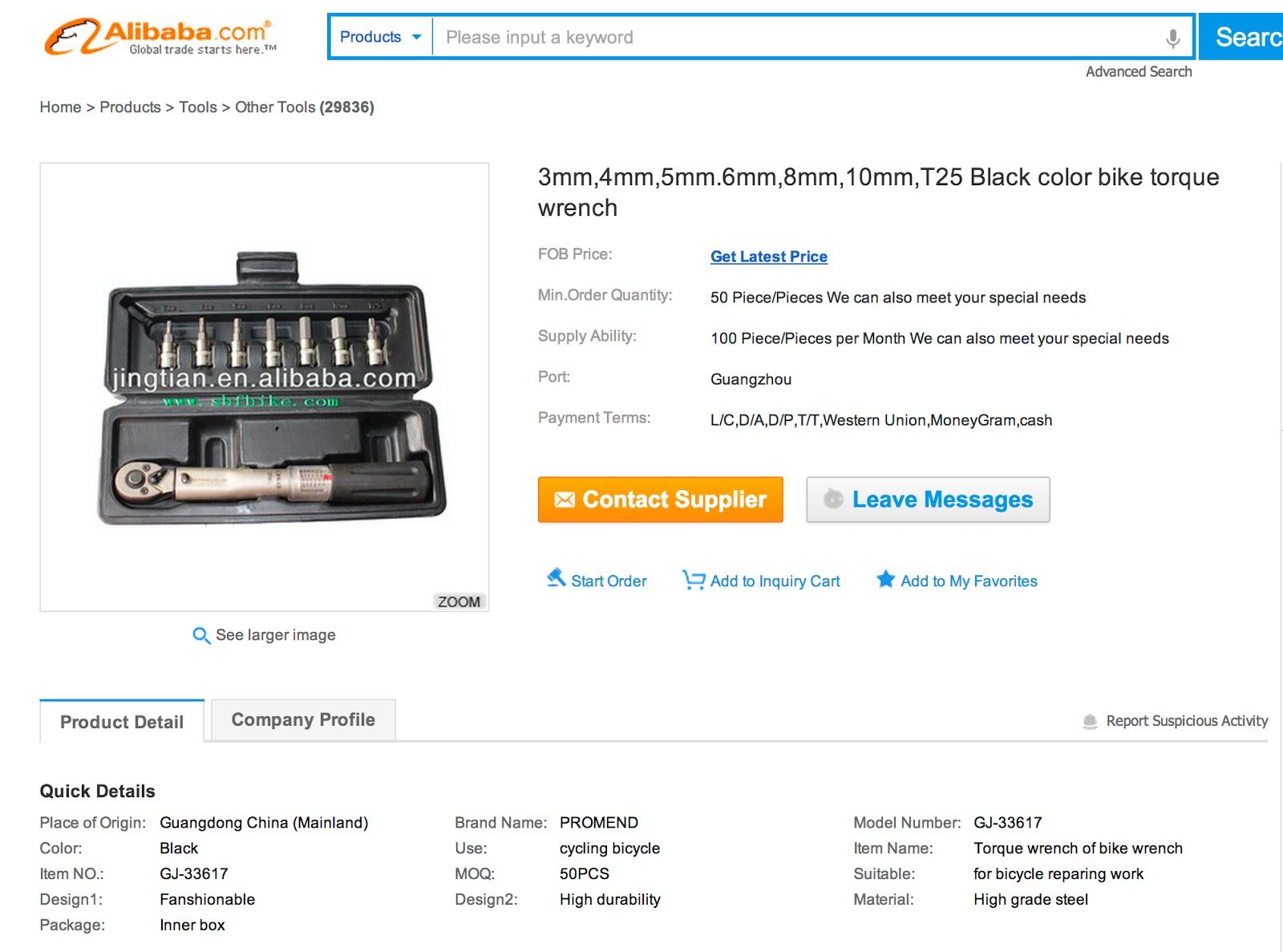 "You would need a pretty husky wench to perform all those chores, I should think"

"Or perhaps you mean wrench?" Performance Bike had a sale and I was in the area. Well, they always have a sale, so really all that is relevant is that I was in the area. Years ago I bought a set of their wrenches, but they're always in my garage when I need them in my toolbox, or in my toolbox when I need them in my garage. So I finally picked up this handsome set of shop-ish wrenches. They're still Spin Doctor (I'm not that extravagant), but they do mount permanently on the wall at least.

Thanks to my newfound obsession with finding all my Spin Doctor items on Alibaba, I strongly suspect that Performance has simply stuck their name on this fine set.

Long ago I swore I'd never ride another bike without either my beloved Brooks, or a WTB. Well, my Trek Fuel has some Bontrager piece of junk on it. Fortunately, at said Performance sale (see above), all saddles were 30% off their already low, low prices. So I picked up a $90 WTB Rocket V Pro for $40 or so. My only regret is that I didn't buy three.
And hey, allegedly Jay Petervary uses one.

Are You Getting Tired Yet?

I had to chuckle when Max mentioned buying $150 worth of Schwalbe tires to pad his Merlin Cycles order. I bought a Hope R8 to pad my Schwalbe tire order. Woulda been cheaper to just buy one more tire... 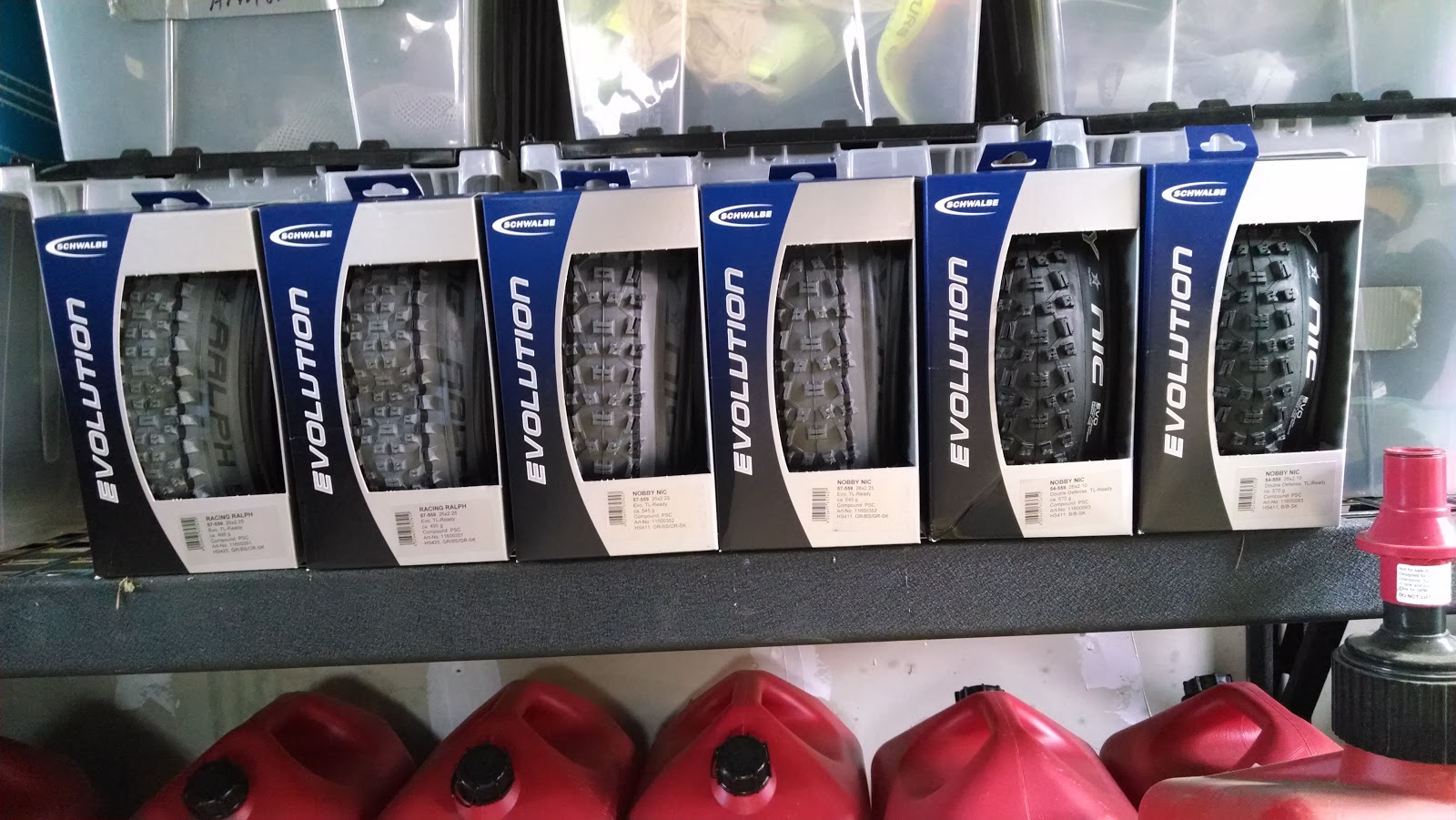 I got precisely that torque wrench a while back. Recently I've been using this:

A question on that Cannondale: was your Garmin turned sideways? Because the way the mount is oriented it sure looks like it would have been.

I think this was when I was using the 310xt, for which I purchased an adapter to fit the quarter-turn mount system. The adapter must have been rotated by 90 degrees for some reason..

That torque key is pretty cool by the way. I think I'll order 10,000 from Alibaba.

Yes, that explains it.