A gentle romp to Mosier, I mean "Scoping the Start of RAO" 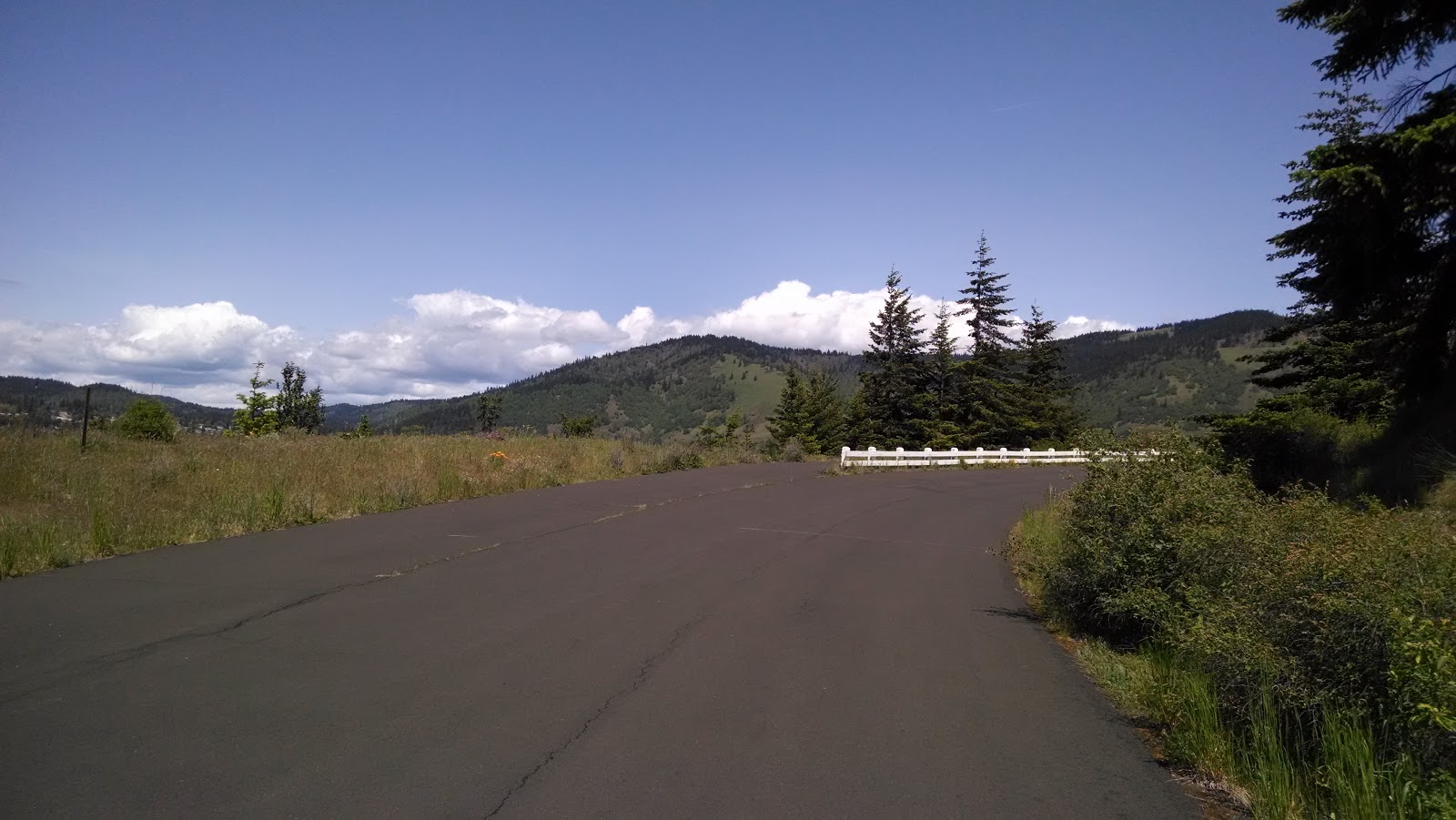 Yes, I realize that when we started the HBC blog, the plan was to fill it with trip reports and plans for super long rides. With that in mind, then, let's pretend that rather than a nice 10-15 mile ride (not sure how far, I didn't have my computer with me) along the Columbia River, this was instead an opportunity to scope out the parade start of RAO, which follows the same route.

A_ and I celebrated Mother's Day last weekend with a pleasant ride along the Columbia Scenic Highway. The route follows an old one-lane road between Hood River and Mosier. The road has been maintained impeccably, and contains beautiful vistas of the Columbia River. For various reasons A_ hasn't been on her bike since last Thanksgiving, so this was a moderate ride. I took my Surly Fixie, and enjoyed it immensely.

It just so happens that RAO, which starts in Hood River, follows this same route. Like FC508, RAO has a parade start, where everyone rides casually until they hit Mosier. That's when the real race begins. 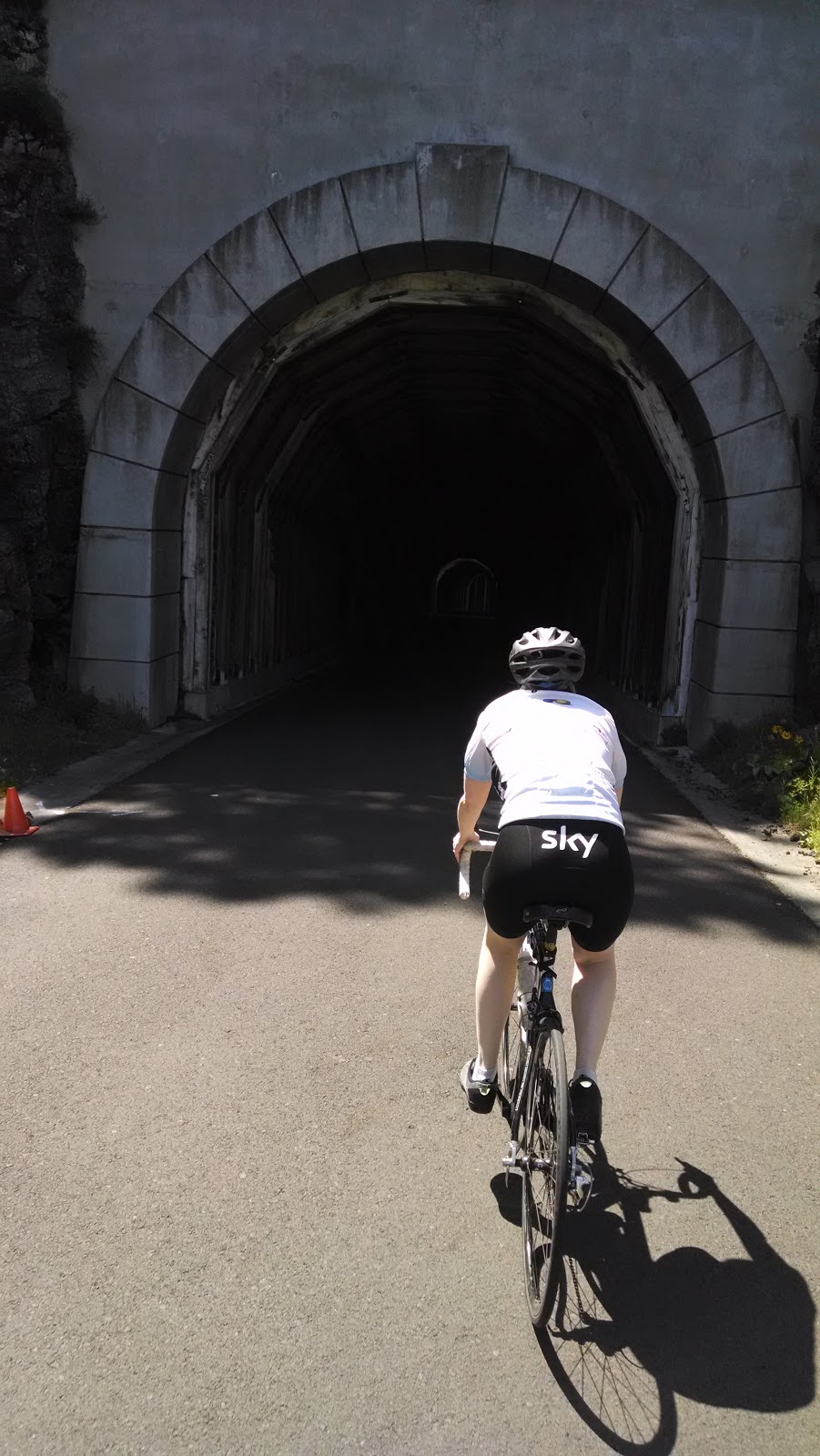 Along the way you're treated to some unique experiences. This series of tunnels continues for maybe half a mile, with significant sections ridden in near pitch-black (particularly when you're wearing sunglasses). They're on a slight grade, so you can ride through them quite quickly once your eyes adjust. 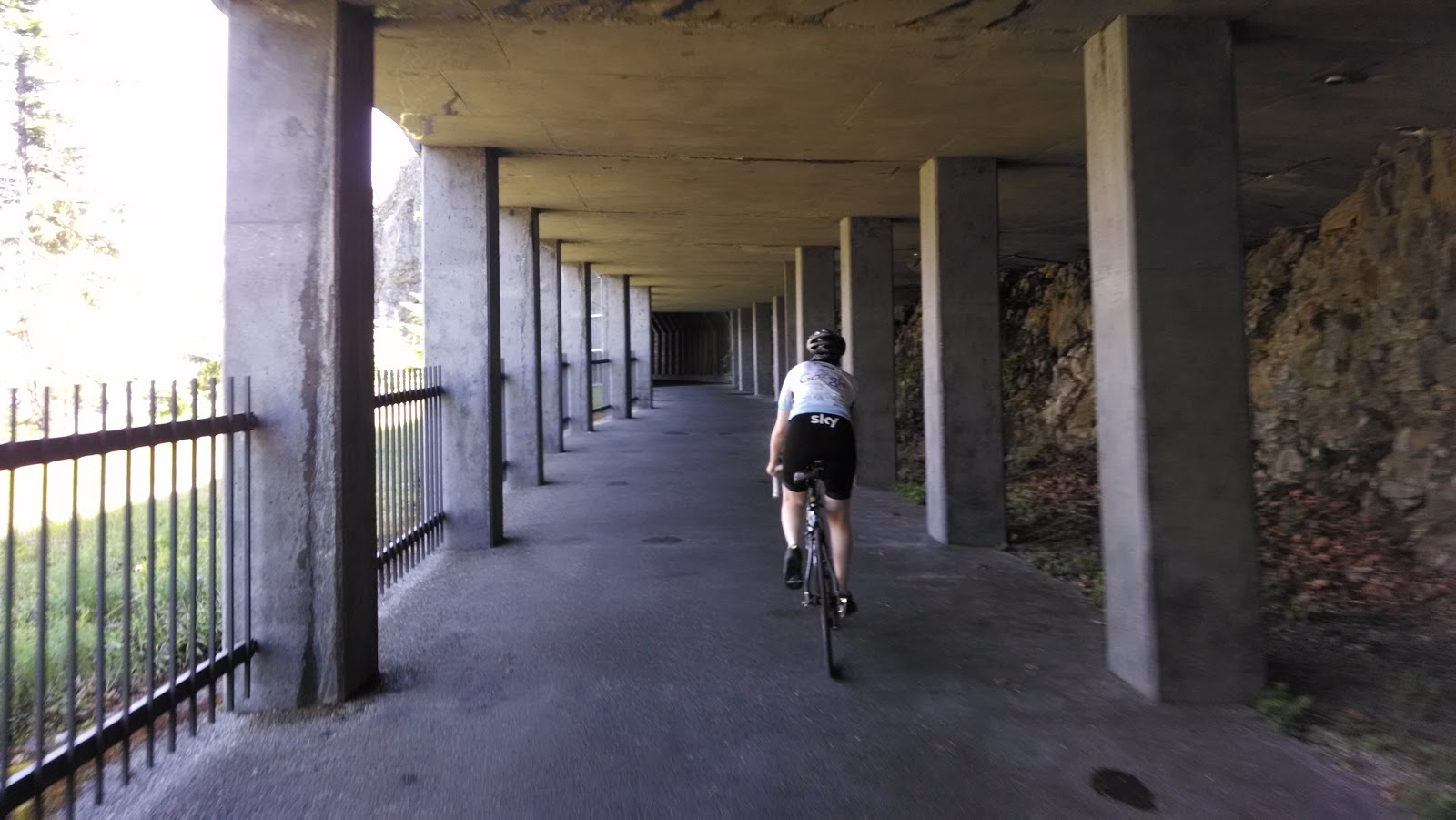 Anyway, there's not any real cycling content here. Just a few pictures from a quick little ride that made for a lovely morning. Afterward we tried to go to Killer Burger in Bingen, but it's closed on Sundays. Darn.
Posted by sam

As a reader, I regret no pictures of the Killer Burger. As an old guy, 15 miles on a perfect spring day sounds awesome. Great pix.