Not exactly cycling, but just now back from a month in SE Asia and we did enjoy a few days turning the pedals.  Here is primarily a photo-log of four rides.

After Hanoi we visited Hue and Hoi An, landing in Saigon for a week of teaching at Vietnam National University.  And we got to visit that campus by bicycle one afternoon:

After Vietnam we traveled to Cambodia for a week in and around Siem Reap (the primary locus of dramatic temples, including Angkor Wat) and then a week on Koh Rong in the Gulf of Thailand.  Pictures from our first day in Siem Reap. 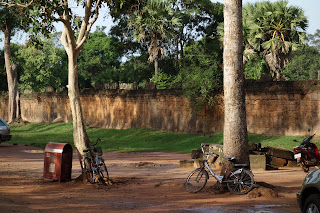 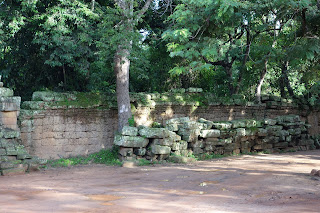 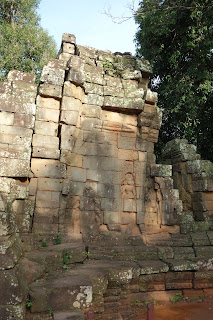 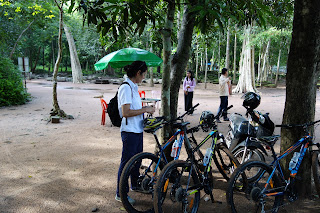 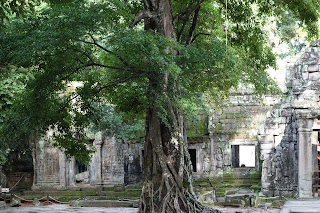 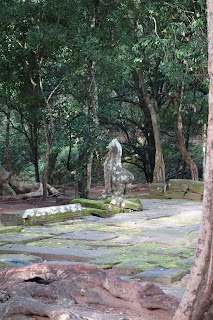 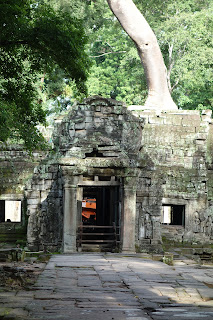 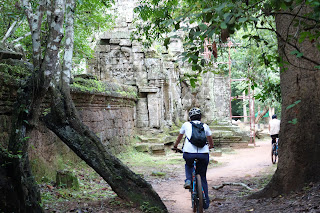 We had five days and six nights on this resort island in the Gulf of Thailand.  I rented a bike one day and explored a little.  Actually, a fair bit of fun, including some washed out roads that were at the edge of my comfort level on a mountain bike.  No pictures, but here is the Strava data.